Renusol participates in the Renewable Energies World Race in Provence, France:
Each year, a bicycle race takes place in the Provencal village of Villes-sur-Azon. The 5.5 km course, situated across the eastern side of the Mont Ventoux, is completed...

Each year, a bicycle race takes place in the Provencal village of Villes-sur-Azon. The 5.5 km course, situated across the eastern side of the Mont Ventoux, is completed by cyclists from all over the world. Besides their ambition, the participants share one common passion: renewable energy.

This race, formally titled the Renewable Energies World Race, presents an opportunity for renewable energy companies to join forces over their shared goal. Although some healthy competition was palpable at the world championship, collaboration is at its core.

The sense of unity and togetherness fostered by this important event is why Renusol is so proud to have participated this year.

It really is the taking part that counts!

Renusol was one of 47 renewable energy companies participating in the Renewable Energies World Race 2022 between 27 and 29 May. Represented by three of our solar experts who cycled through the French countryside on our behalf, Renusol’s attendance was a valuable indication of our role in the global energy market. 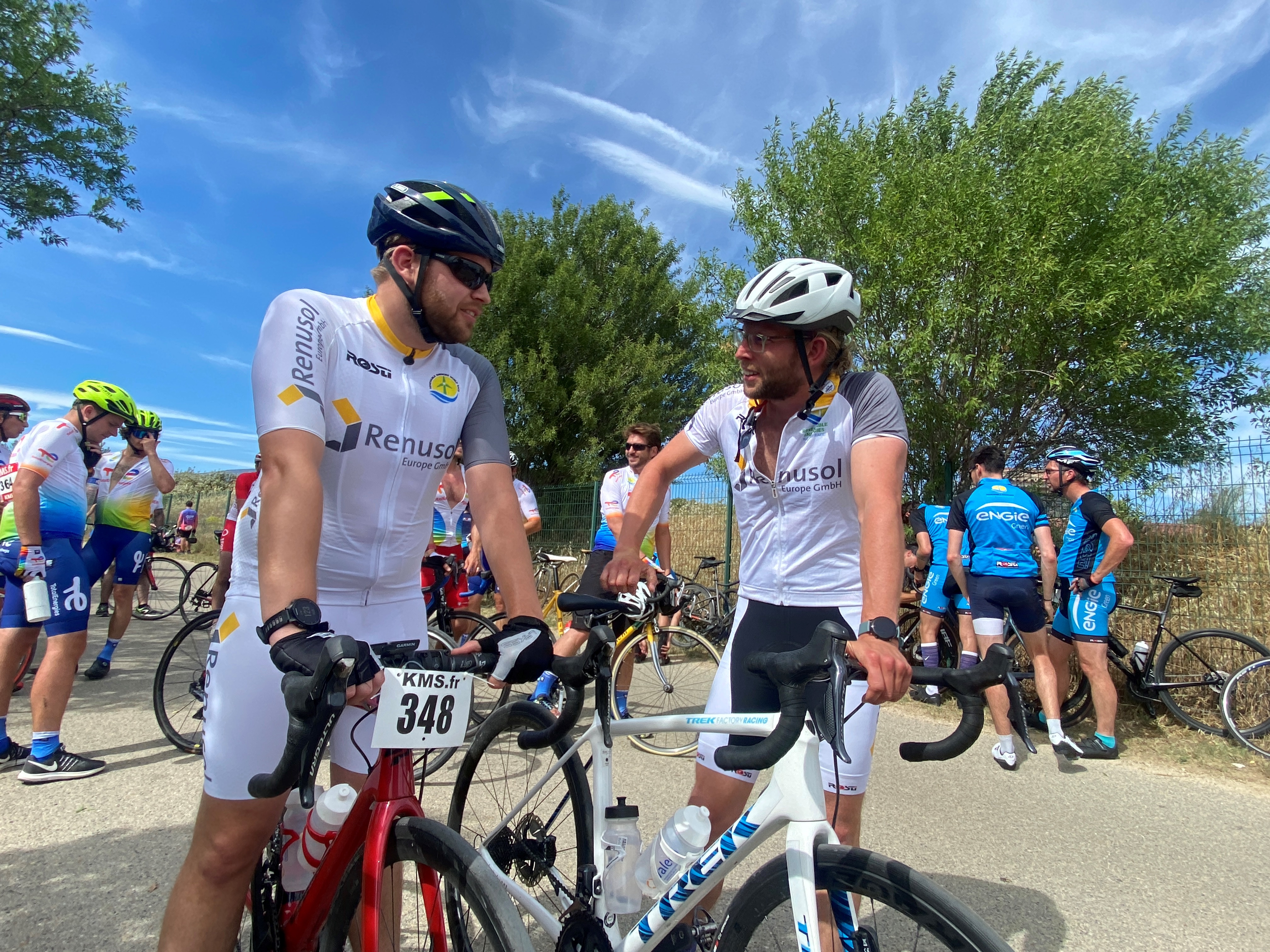 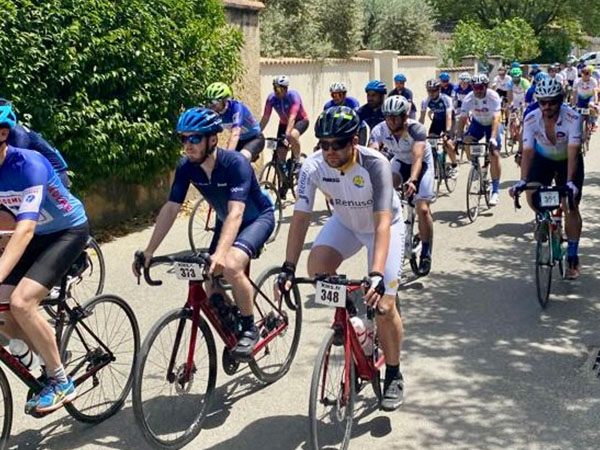 Amongst a big group of cyclists wearing their respective branding with pride, Renusol formed a small but important part of the bigger picture.

Renusol has held a market-leading position at the forefront of the PV industry for many years. We began in 1997, specialising in the manufacture of solar mounting systems, and have since developed unparalleled expertise in all things solar.

The ‘Simple. Solid. Service.’ philosophy is evident across our work during the last quarter-century, from our attendance at events like the Renewable Energies World Race to our superior products and service.

We are constantly pushing the boundaries of PV equipment and tools and have equipped our offering with cutting-edge features. Our PV-Configurator 3.0, for instance, cuts project design time and simplifies component selection — effectively streamlining the entire order process at no extra cost to customers.

On our 25th anniversary, we reflect on these past achievements and look forward to the future of the PV industry.

As such a vast and inherently innovative industry, there are constant developments in the solar market. We have already seen some impressive indications of future achievements this year and eagerly await future updates.

Thus far, the European Union has made a sizeable step towards its ambitious renewable energy goals with the REPowerEU Plan. Set to end the EU’s reliance on fossil fuels from Russia by transitioning to solar power, the plan will support a considerable increase in investment in solar energy.

Alongside the Solar Rooftop Initiative, which will make it a legal obligation to install PV panels on new public, commercial and residential buildings in the EU, the EU is on track to reach the objective of using solar as its largest electricity source by 2030.

These developments are underpinned by a growing desire to demonstrate solidarity with Ukraine, placing a new, politically charged pressure on renewable energy efforts that forces them into priority status.

Perhaps a sustainable future is closer than we thought?

Keen to stay up to date with Renusol? Read all the latest developments — from our new products and key achievements to the latest in the solar market — on our News page.

Renusol Europe GmbH specialises in the manufacturing and sale of PV mounting systems for roof-integrated, rooftop and flat-roof installations. Since 2017, the Pari Group acquired the company and has continued the business of Renusol GmbH, which has been active on the solar market since 1997. Renusol Europe conducts its business in all the core markets of Europe as well as those in the Middle East and Africa from its headquarters in Cologne, Germany. True to the corporate philosophy simple, solid, service, Renusol is committed to simple, secure solutions and comprehensive services.